The AIDS epidemic is gradually changing the public image of drug addicts. After a few hesitations as to how best to prevent the propagation of the virus, it was decided to appeal to people’s sense of responsibility rather than applying coercive measures. Preventive efforts are therefore being based on a pact of Solidarity and individual responsibility which benefits Society as much as the drug users themselves.

AIDS has summoned up all sorts of social phobias, age-old taboos about death and sex and’ rumours about being’ completely invaded.

One after another, the countries threatened by the AIDS epidemic have actively developed drug-related harm reduction programmes. This policy is gradually gaining ground throughout the world. It has been adopted in Canada and the United States, as well as in Latin America, in Brazil, Argentina and Chile, in various countries in Eastern Europe such as Russia, Poland, Czechoslovakia and in Asia, it is being applied in India, Thailand, Nepal or Vietnam. But there are obstacles. Handing out sterile syringes, providing substitution treatment and actually involving users in prevention are all forms of action that go against the grain of traditional ideas as to what kinds of interventions are suitable for use with drug users, whether they be preventive, curative or repressive.

Harm reduction has eventually been accepted due to the fact that it has unquestionably obtained results: studies carried out all over the world have shown that whenever drug injectors are encouraged to use sterile equipment, they show lower rates of contamination by the AIDS virus. From cholera to STDs, the great epidemics of the past have all called for coercive measures, frorr mandatory declaration of the disease to isolating the patients. AIDS has drawn groups which are already stigmatised, such as homosexuals, drug addicts and prostitute, into the torment The disease has summoned up all sorts of social phobias, age-old taboos about death and sex and rumours about being completely invaded. Was it going to be necessary to stop upholding the human rights so dearly acquired in the past? But now, instead of the coercive measures that might have been feared, associations fighting AIDS have implemented a new strategy for dealing with the epidemic, based on individual responsibility. This strategy is now recommended by WHO and UNAIDS, because of one simple fact: constraints often lead to concealment. This has proved to be a really effective strategy with homosexuals in America, Europe and Australia. The majority of these people have quickly taken to using condoms or changing their lifestyles by joining up with stable partners.

When the first cases of AIDS were discovered among drug addicts and it was realised that they had been contaminated via the bloodstream, public health experts tended to panic. And they had every reason to worry. How can one expect people who are so selfdestructive to want to protect their own health? However, as early as 1985, one research group observed that New York street addicts were changing their behaviour. Approximately 60% of them had given up sharing syringes. When faced with mortal risks, the users proved to be capable of protecting their own health.

Scientific studies have shown that almost 90% of those undergoing detox cures will probably relapse.

In many countries in the world, the first reaction has consisted of imposing the most seemingly natural and coherent solution, that which provides the best protection, i.e., inciting people to give up drugs. But studies conducted in the United States in the late 1950s showed that a failure rate of almost 90% can be expected among those who undergo detoxification programmes*. This does not mean that heroin dependence is an incurable disease: follow-up studies have shown that most of the heroin addicts studied eventually gave up taking the substance, but that the detoxification process was gradual and spread out over a ten-year period, with the exits occurring at a rate of 5 to 10% per year. In other words, the remaining 90% were doomed to die of a fatal disease if they could not manage to protect their health. If drug users had been the only ones involved, the only option proposed would probably have been « detox or death », which is in fact the official policy of many countries. But since there was also a risk of heterosexual contamination, something a bit more humane had to be found.

Harm reduction does not mean there will be no treatment available for dependency. The contrary is true in fact, but given the risk of relapses, drug withdrawal programmes are likely to be a suitable solution for only a small minority. On the other hand, many heroin users can benefit from substitution treatment, using methadone or other products. These treatments reduce injection practices, as shown by the AIDS contamination rates among patients undergoing treatment, which were found to be distinctly lower than those occurring among street users (in New York, the rate of contamination among patients undergoing treatment was 11 % versus 45-55% among heroin addicts on the streets). Furthermore, patients undergoing treatment are in touch with health care teams, feel less at bay, and are better equipped to take care of their own health. But even in countries with the will and resources to provide the largest possible numbers of drug users with treatment, some addicts are bound to slip through the net. These include the cocaine and amphetamine injecters and the multi-drug addicts, for whom there exist no substitution treatments. And then there are those who have no desire to quit taking drugs. Some will give it up on their own without any treatment, while others will gradually become aware that they need help, and those in the third group may go on taking drugs throughout their lives.

Paradoxically, the countries where drug use is alloweded often tend to be those that have the highest percentage of drug users enrolled in treatment programmes: up to 70% in Switzerland, for example. In most countries, access to treatment is not available for all users, and those not undergoing treatment are precisely the most highly exposed users. Those who continue to take drugs must be able to do so with the least possible risk to themselves and to those around them: they must give up injecting or be sure to use sterile equipment, for example.

Despite their dangerous practices, injecters do distinguish between acceptable and unacceptable risks. But they have their own scale of risks, which differs from that adopted by health professionals and epidemiologists. The most immediate risks usually take priority: withdrawal symptoms, overdoses, sub- standard substances, or getting arrested by the police are to be avoided at all costs. It is wishful thinking to expect drug users to magically conform with the conventions that society would like to impose on them, simply because they risk getting AIDS. On the other hand, they might agree to changing one or more of their ways, if this fits in with their own personal perception of the risks. Harm reduction means being prepared to adapt the message and the tools to the constraints arising in a specific context. It means actually making contact with drug users.

It is not for nothing that cannabis, the most widely used of all drugs, is also the least dangerous.

Handing out syringes, increasing access to substitution treatment and encouraging drug users themselves to play a role in prevention efforts: are these AIDS-imposed measures in conflict with national drug control policies or not? Dr Stimson, one of the English experts who has contributed most to harm reduction, often reminds us that the basic goal of the fight against drugs is to protect health. Agreeing to hand out syringes means recognising that the main priority is to stay alive. AIDS prevention and drug prevention -whether we are dealing with use, abuse or dependency- therefore both subscribe to a single overall objective. One of the beliefs underlying national drug policies is that « normal people » make rational choices, whereas others obstinately endanger their health by adopting forms of behaviour that can only be explained in psycho pathological terms. But saying that is to misunderstand the process that leads us to take risks or on the contrary, to protect ourselves from them. Whether we are drug users or not, the decisions we make depend on our perception of the risks involved. In terms of the statistical probabilities, it is a lot more dangerous to ride a motorcycle or a bicycle or even to cross the street than to use cannabis* or even heroin. It is not for nothing that cannabis, which is the most widely used drug, is also the least dangerous. For a drug to become widely used, it has to have the reputation of being harmless. Ecstasy* once had that reputation, but wrongly, as research workers tell us: they are now finding it hard to convince users who have lost all faith in official talk and prefer to base their actions on their own experience. In France, it took twenty years for young people to become aware of the risks associated with heroin abuse and to turn their backs on these practices after seeing what they did to their elders. Nowadays, these young people are more willing to try stimulants such as cocaine*, crack* or synthetic drugs without knowing anything about the risks involved, unlike the American users who, in twenty years, have learned to know them. A prevention policy is absolutely necessary here, but the message needs to be credible, and based on how people perceive the risks. Knowing how the people targeted by prevention messages think, speak and act, regardless of whether or not they are drug users, is to have a real means of communicating, without which there will be no hope of influencing people’s behaviour in the very slightest.

By forcing individuals to take the responsibility into their own hands, AIDS has upset the whole way in which society related to drug users and hence to prevention. Jonathan Man, a former Director of WHO, wrote that « By placing the emphasis on behaviour, perceived within its socio-economic context, the new approach will replace coercion by active support, and discrimination by tolerance and diversity ». If one wants to obtain effective changes of behaviour, then one also has to obtain people’s assent. Indifference, rejection and repression generate irresponsible behaviour, but if people’s rights are upheld then we can appeal to their sense of responsibility in a society based on mutual concern for one another. And that appeal has been found to work. The recent debate on the relapses occurring among people exposed to the risk of contamination, who have abandoned safe sexual practices, illustrates this principle. A more indifferent society generates more irresponsible behaviour. Harm reduction policy is based on a social pact that combines solidarity with individual responsibility and society can benefit from this approach as much as drug users themselves. 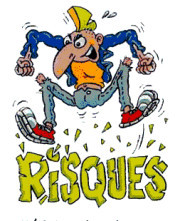