Anne Coppel is a public health sociologist, committed to her work for harm reduction  from drug use. She is an activist in drug law reform and human rights. For more than 25 years, Anne Coppel has been a leading researcher in the areas of drug use, drug policy and treatment, HIV/AIDS, harm reduction. Her work includes studies of heroin addiction, methadone maintenance treatment, MDMA (Ecstasy), cocaine, crackers use,  women living with AIDS and sex workers.

First specialized in social policies, she taught at the University of Paris 13 from 1972 to 1989. She began her work in the field of drug policy in 1982 comparing European drug policies

During the 80’s, she had led researches on drug use in Paris and surrounding suburbs.  From 1989 to 2001, she  assisted governmental aid agencies and NGOs (such as Médecins du Monde, Aides) at all levels and has designed programmes targeting specific groups such as  “hard-to-reach” population and those vulnerable to problematic drug use, risk factors associated with social exclusion, commercial sex workers.

Since 2002, Anne Coppel has worked as a consultant on HIV/AIDS and drug use in France, in La Martinique and some others countries (Ukraina, Russia, Poland, Algeria, Morocco). She is an adviser for an extensive range of programmes and services (community-based services, medical network, treatment centers).

She has written over 150 scientific articles and book chapters. In particular, she has personnally published three books. 11 articles has been translated into English. Her work has been recognised with various awards including IHRA’s International Rolleston Award.

Living with Drugs, getting to know them, controlling their use, limiting the risks of misuse. These are the conclusions that we can draw from the reading of this collective work, resulting from the seminar held at the EHESS in Paris during the years 2015-2017. It involved anthropologists, sociologists, historians, philosophers, economists, lawyers, doctors, psychiatrists, health center workers, community activists, users and former drug users. The seminar, like the resulting book, is based on a transversal approach to disciplines, space and time, and a confluence of academic, practical and experiential knowledge.

The aim of this book is to state of progress of French research and public debates on French and international drug policy. Confrontation of human and social sciences expertise and expertise from the field, health professionals and activists. 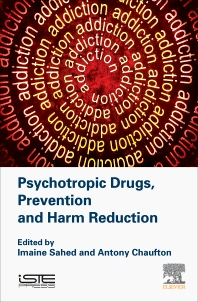 Between Prohibition, Public Health and Societal Rules, Harm Reduction and drug use

An illustrated talk on the relations between drugs and subjectivity, The French Connection, The Naked Lunch @ 50 celebration, Paris, from 06 June 2009 to 07 July 2009

Guidelines for Local, Participative and Integrated Responses to the Issue of Drugs  Use, Frontline Services and Local Policies – Guidelines for Elected Officials at the Local Level ,  « Democracy, Cities and Drugs » Project, European Forum  for Urban Safety, 2008

– Opioid Replacement Therapy – French Issues — National Symposium  : The Institutional and Historical Context of Introduction  of Opioid Replacement Therapy in France, and the Situation of France in this Field Compared to Other Comparable Countries,  Alcoologie et addictologie, december 2004, pp. 575-675, translated in English  for the Yearbook 2004

– Harm reduction – A Change of Practice :  From Prevention to Care a New Approach to Drug Use, in Peddro ; special edition, UNESCO and Unaids,  december 2001, pp. 76-78

– Policies in Change :  Drug Policy, the French Situation, in A. Springer and A. Uhl (Eds), Illicit Drugs, Patterns of Use, Pattern of Response, StudienVerlag, Innsbruck  2000, pp. 115-123